Leadership Lessons from Elvis, the Buddha and Leonard Cohen 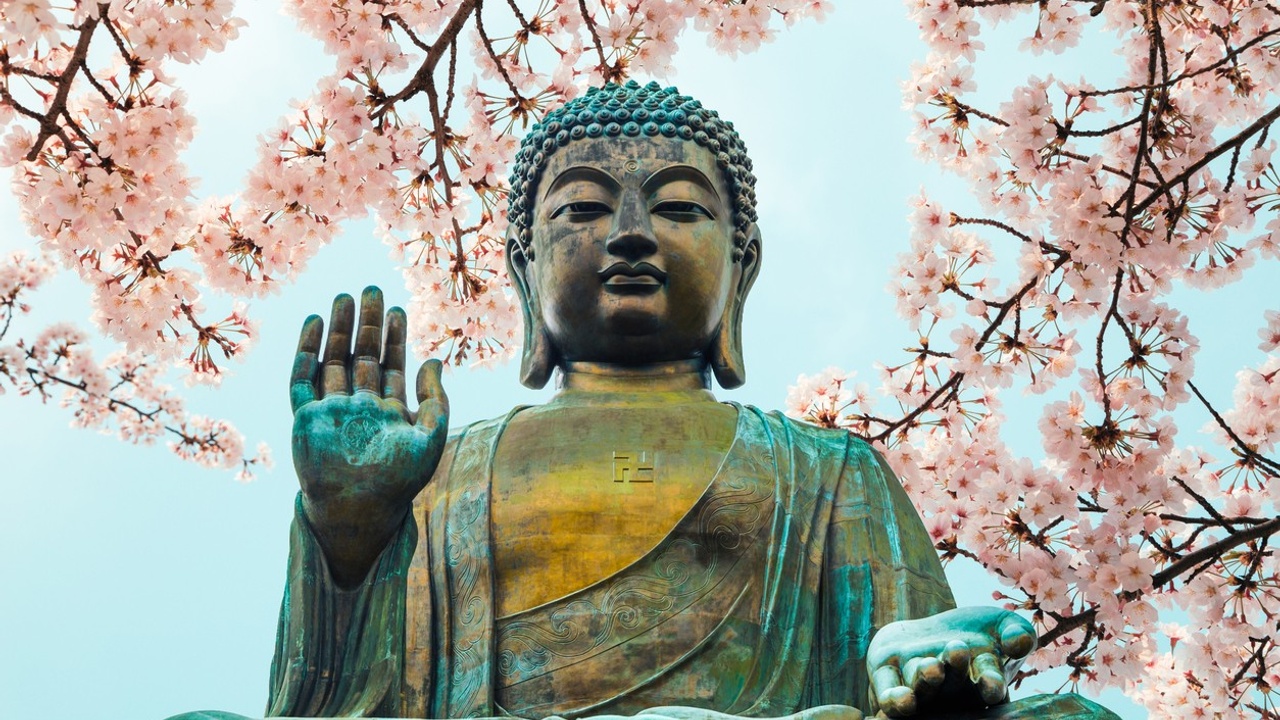 As a specialist in leadership development, I draw on many influencers who continue to inspire and connect me with my compassion and faith in humanity.  Today I wanted to share three, perhaps surprising ones, as a way of acknowledging and appreciating them and their impact.

Elvis is an interesting, and perhaps controversial, example. After all he isn’t necessarily cool (though I could have a long and enjoyable debate on that!) but, as a young child being mixed race and brought up in an environment that was somewhat dysfunctional and challenging, Elvis gave me a means of escape from a difficult life.  It wasn’t that he wrote amazing, deep songs (he didn’t write any) but it was his joy, exuberance and warmth that jumped out of the screen when I watched his corny, often silly movies, most of which he actually hated making. Years later, as I came to fully appreciate the breadth of his talent, I gained an understanding of just how special his contribution[1] had been and how it had also been his vulnerability, that he communicated, through his music that made him so special[2].

Elvis’s music represented the best of America - a rich melting pot of all genres – country, blues, gospel.   In his voice I could hear the influences of Mahalia Jackson, Big Bill Broonzy, Hank Williams, Dean Martin, Mario Lanza[3] and the Ink Spots, amongst others. . Of course, there have been charges of cultural appropriation and I have used Elvis’s story in my own work to explain the concept of White Privilege. Born on the wrong side of the wrong side of the tracks, in a two-room shack without running water or electricity, he knew hardship, but the privilege of being white was still there – giving him an advantage that was denied his black contemporaries.  However, nothing about him suggested a sense of entitlement – a key distinction – and he openly admired black artists, many of whom spoke of his part in breaking down barriers[4]. In the late 60s, at the height of the civil rights movement, he sang “If I can Dream”. Written in memory of Martin Luther King Jr., who had been assassinated two months before its recording, he sang it to close his ‘68 Comeback Special - a powerful statement when programme sponsors were instead insisting on a Christmas song. His performance[5] is one of the greatest by any artist, ever, and today I’m fascinated to see black commentators, such as Jamal aka Jamal[6] recognising Elvis through the phenomena of YouTube reaction videos.

It will be surprising to many, but the only Grammys Elvis ever received were for his spiritual recordings. I’m not a Christian, but I was always drawn to these. Through them I came to realise that I too wanted a faith but couldn’t come to terms with praying for answers from a deity that was outside of myself. Several years ago, I came across the writings of Nichiren Daishonin[7], a thirteenth century Japanese Buddhist whose writings underpin a form of humanistic Buddhism that I went on to adopt. His teachings are entirely relevant today and very helpful for leaders whether they have a faith or none.

At a recent Buddhist meeting I hosted in London, we talked about how Nichiren had said, as a child, that he wanted to become the wisest person in Japan.  This was because he couldn’t understand how, despite all the priests, religious groups and sacrifices people were making, the country was still wracked by disease, famine, fire, flood and threat of war. It sounds all too familiar doesn’t it?  In today’s headlines I read of floods here in the UK, the threat of the coronavirus, plagues of locusts in Pakistan as well as increasing xenophobia and the threat of war. We seem to be repeating the same patterns of old.

Nichiren wrote[8] that the answer to our challenges lie in the penultimate writing of the original Shakyamuni Buddha - the Lotus Sutra[9]. The key message was that regardless of who we are, where we’ve come from, and whatever our background, we can, from this moment on, transform our lives. And he said this applied to everyone - a staggering proclamation at that time as this meant even a woman, or someone of low standing in society, could become happy and achieve enlightenment – a life condition that allows us to access the wisdom, compassion and courage that is within each of us (our inherent ‘buddha nature’).

For leaders today I believe this means slowing down and listening to the inner wisdom within ourselves and others; to be more discerning and to treat everyone, particularly those with whom we vehemently disagree, as worthy of respect. In this way there is the potential to learn from each other and to ignite fresh thinking, rather than to constantly disparage and denigrate (if only our leaders were listening!).

Finally, to Leonard Cohen, who too was on a spiritual quest and was in fact an ordained Zen monk. One could write many chapters on the great man’s work, but it is a few lines from his wonderful song “Anthem[10]” that I return to regularly and use to begin my workshops:

Ring the bells that still can ring,

There is a crack in everything,

That’s how the light gets in.

It is a way of saying to the group that in leadership we need to be reflective, forgiving, kind and to have compassion for ourselves and others. After all, many of the most powerful leadership lessons we will ever learn, come from the mistakes we have made. Also, in very practical terms, beginning any session with Cohen’s words helps bond the group:  the ease these words bring, helps to release oxytocin and endorphins that generate trust, helping group members to think well together. This is in contrast to the adrenaline and cortisol that fuels so many of today’s impatient, blaming, rushed conversations.

It’s been a joy sharing my appreciation for these key influencers on my life and work and I’d love to hear your thoughts. Next time I will be writing about the wonderful author and teacher Nancy Kline and her concept “The Thinking Environment”, and the fabulous Dolly Parton amongst others.

[1] “How do we know when we're listening to a song that someone means it? The people who mean it are generally the ones who are processing some kind of loss through music—and we can hear them negotiating their loss, and we connect to it.” Musician and writer Warren Zanes in “Elvis The Searcher” HBO 2018

[2] "Elvis Presley is the greatest cultural force in the 20th century... He introduced the beat to everything, and he changed everything--music, language, clothes, it's a whole new social revolution--the Sixties come from it.” Leonard Bernstein, 1966 ( TIME Magazine)

[9]The Lotus Sutra is widely regarded as one of the most important and influential sutras, or sacred scriptures, of Buddhism

To learn how you can generate the finest thinking in your organisation, download our E-book by signing up now

Research shows that typically we are interrupted within 20 seconds of starting to speak, inhibiting thoughtful, innovative and discerning decision-making. In this article Mitzi Wyman explains how the Thinking Environment, by contrast, creates the conditions for people to say what they really think and where others actually listen, free from the risk of interruption, bringing fresh, independent thinking into our organisations.

Stay connected with news and updates!

Join our mailing list to receive the latest news and updates from Mitzi.Don't worry, your information will not be shared.

By submitting this form, you are agreeing to receive messages from me. Your email address will NEVER be shared or sold. You are always free to easily unsubscribe or customise your email preferences at any time and a link will be provided in all communications. If you have any further questions, please contact [email protected] 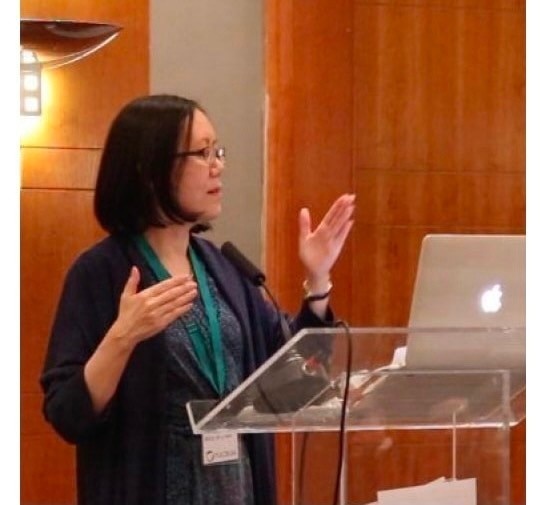 Call me and let's explore how I can help your key management meetings become much more inclusive and productive so there's a true sense of collective ownership and achievement and people leave meetings feeling much more optimistic about what can be achieved. 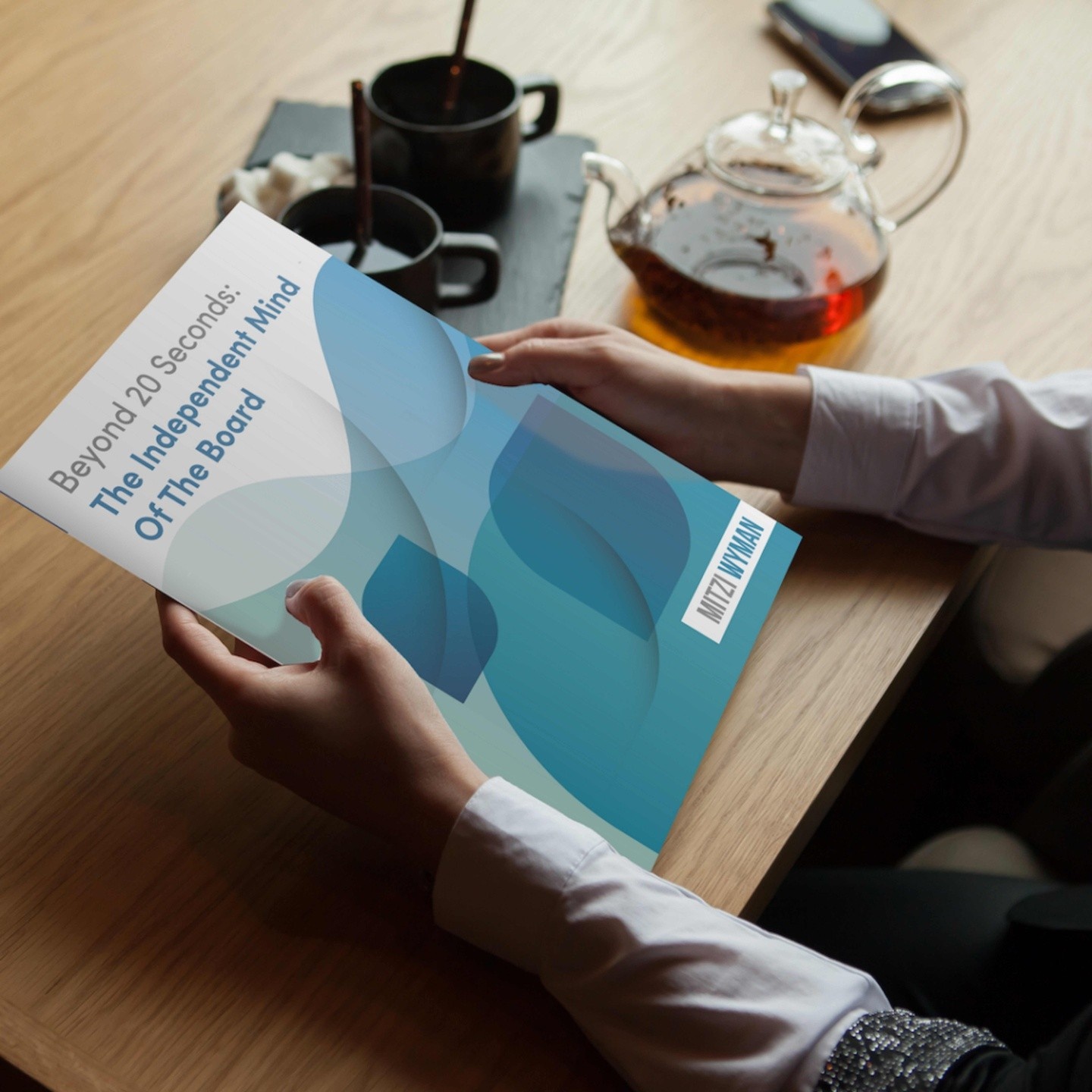 Beyond 20 Seconds: The Independent Mind of the Board

Get started today and learn what many boards are doing to generate the finest thinking in their organisations.

By submitting this form, you are agreeing to receive messages from me. Your email address will NEVER be shared or sold. You are always free to easily unsubscribe or customise your email preferences at any time and a link will be provided in all communications. If you have any further questions, please contact [email protected]